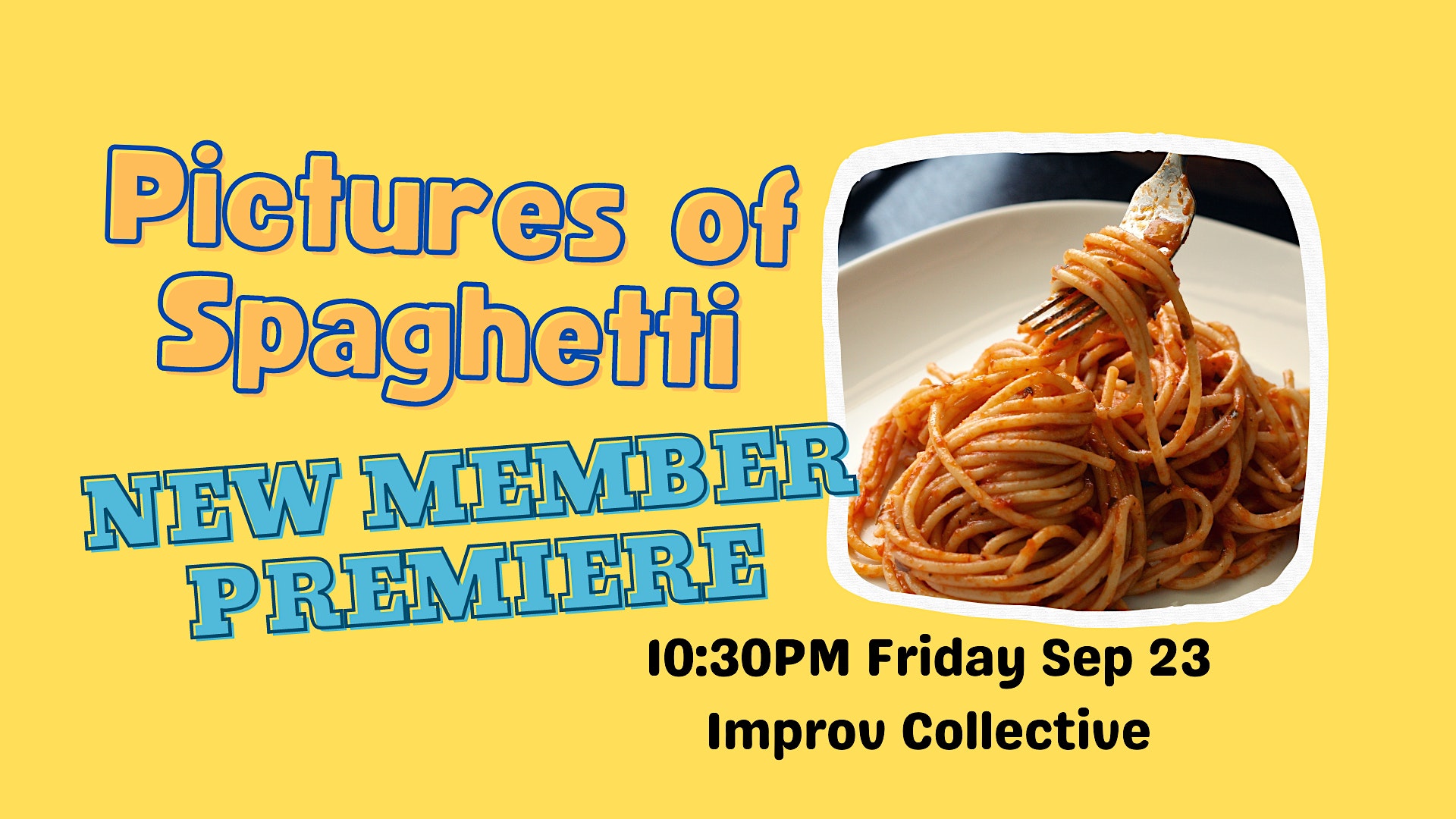 Fast-paced improv comedy by a veteran team. Two new team members will play for the first time with POS!

Formed in late 2015, Pictures of Spaghetti is a long-form improv comedy team based in Orange County, California. Filled with improvisers who are extremely passionate about improv, Pictures of Spaghetti attempts to take the rewarding depth of a long-form show and marry it with a fast and loose play-style that doesn’t take itself too seriously. They perform regularly at The Improv Collective and have been to Improv Festivals throughout California, Utah, and Colorado.